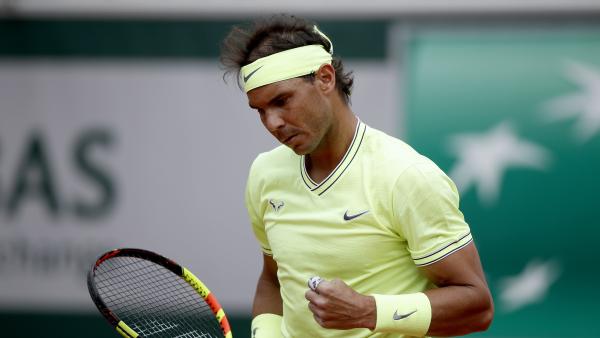 As widely expected, the warp of Rafael Nadal against the qualified Yannick Hanfmann slips away quietly, and the Spanish champion can also be considered satisfied with the two hours spent on the new Philippe Chatrier. Hanfmann, a German of 193 cm, had finished early last season to start again two months ago due to an elbow problem compared to having crossed the threshold of the top 100. He stood out in the major circuit in 2017 reaching the quarters in Monaco and the final in Gstaad defeated by Fabio Fognini.

As sometimes happens to him, Rafael is undertone, perhaps masculine, interpreting the “Lendl rule” according to which that 70% which should characterize the very first games is referred to the power with which to hit the ball, not a concentration and precision; not even so four break balls that the Mallorcan however cancels with the help of the service. The same fails to the twenty-seven of Karlsruhe who finds himself under 0-2 when Nadal had not yet started playing. Not being able to compete in the dribble or in terms of mobility, Hanfmann tries to anticipate and close the exchanges with the consequent risks as soon as possible, try the route of the network and some damped (bad), but the categories of difference cannot be counted. Rafael feels the right foot well, a shot that has not always come out well in the previous tournaments on the red, but the opposite would be worrying given that, on the other side of the network, there is not and nothing comes that could worry him and closed the match left six games to the opponent.

In the next round, still a German and qualified Yannick: Maden, who overtook Kimmer Coppejans in three sets.