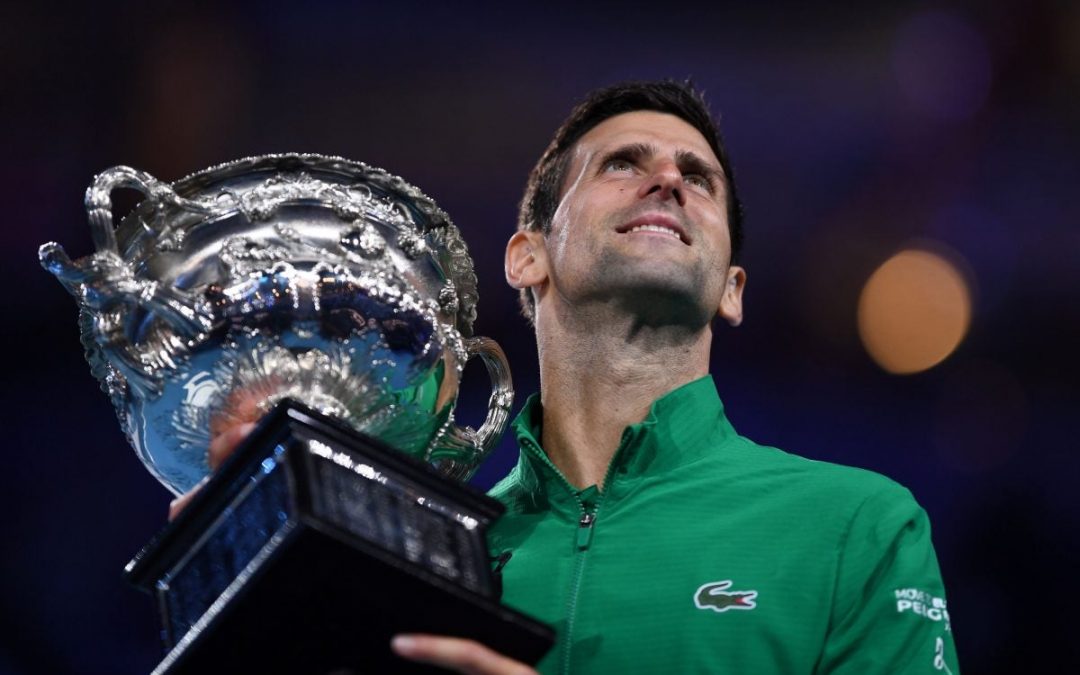 Novak Djokovic captured a record-extending eighth Australian Open title on Sunday to guarantee his return to No. 1 in the FedEx ATP Rankings.

The Serbian star fought back to beat fifth-seeded Austrian Dominic Thiem 6-4, 4-6, 2-6, 6-3, 6-4 over three hours and 59 minutes in Sunday’s final for his 17th Grand Slam championship crown. Only Roger Federer (20) and Rafael Nadal (19) have won more major singles titles in the sport’s history. The Big Three has now won 13 consecutive majors and 56 of the past 67.

“I would like to start by saying congratulations to Dominic for an amazing tournament,” said Djokovic, during the on-court ceremony. “It wasn’t meant to be tonight. Tough luck and it was a tough match, but you were very close to winning it and you definitely have a lot more time in your career and I’m sure that you will get one of the Grand Slam trophies. More than one.”

Djokovic extended his match record to a perfect 13-0 in the 2020 ATP Tour season, which includes helping Team Serbia clinch the inaugural ATP Cup trophy, with victory in his 26th major final (17-9). He had earned the 900th tour-level match win of his career against Jan-Lennard Struff in the first round at Melbourne Park.

Djokovic capitalised on early nerves to win the first set against Thiem, who had won four of their past five ATP Head2Head meetings, but at 4-4 in the second set, Djokovic was first warned by the chair umpire for a service time violation. It shook the concentration of the Serbian. He received a shot clock time violation for a second time that resulted in him forfeiting a first serve. Djokovic struck an 85 miles per hour second serve, then mis-timed a forehand to give Thiem the break. The Austrian stretched the lead to 4-0 in the third set, with Djokovic needing treatment from a doctor and trainer to hydrate.

Thiem looked to have the measure of Djokovic, but at 3-4 in the fourth set, the momentum swung again. This time, Thiem struck an easy forehand drop volley into the net that would have given the Austrian a commanding 30/0 lead in the game. Sensing an opportunity, and helped by a double fault, Djokovic broke for a 5-3 lead and soon gained an early service break in the deciding set. Djokovic, who won 33 of 38 first-service points in the fourth and fifth sets, saved two break points at 2-1 in the fifth set as Thiem’s forehand faltered. Sixteen unforced errors, in addition to just seven of 29 return points won in the decider, cost 26-year-old Thiem at the most crucial times.